The program, currently underway in seven other districts in the Biobío, Araucanía and Ñuble regions, seeks to raise awareness about recycling and the environment by reusing waste so it does not end up in dumps and landfills. The initiative is promoted by CMPC in collaboration with the San Rosendo Municipality.

“We have been working on this for years without anyone available to collect the recycling. It’s fantastic now that we have it here in our own area,” said Katherine Pino, supervisor of the environmental workshops at the Isidora Aguirre Tupper High School in San Rosendo.

Another area resident Irene Margarita Bastidas said, “This is a good for all of us, not only to reduce the amount of garbage, but also to help the environment. We don’t need to have big trash receptacles at home, as the mayor says. It’s best to separate the garbage in boxes and send it to where it belongs.”

This is the community opinion at the kick-off of the Trash-free San Rosendo challenge in the Plaza Ciudadana in San Rosendo. This CMPC program carried out with the support of Kyklos in collaboration with the local municipality seeks to reduce the amount of waste sent to dumps and landfills by recycling it. As part of the activity, papers and cardboard were removed from the schools near the end of the school year, which was added to the papers that the community brought in on the day of the launch. It was all disposed of using the receptacle in the plaza, totalling 580 kilograms of paper and cardboard. 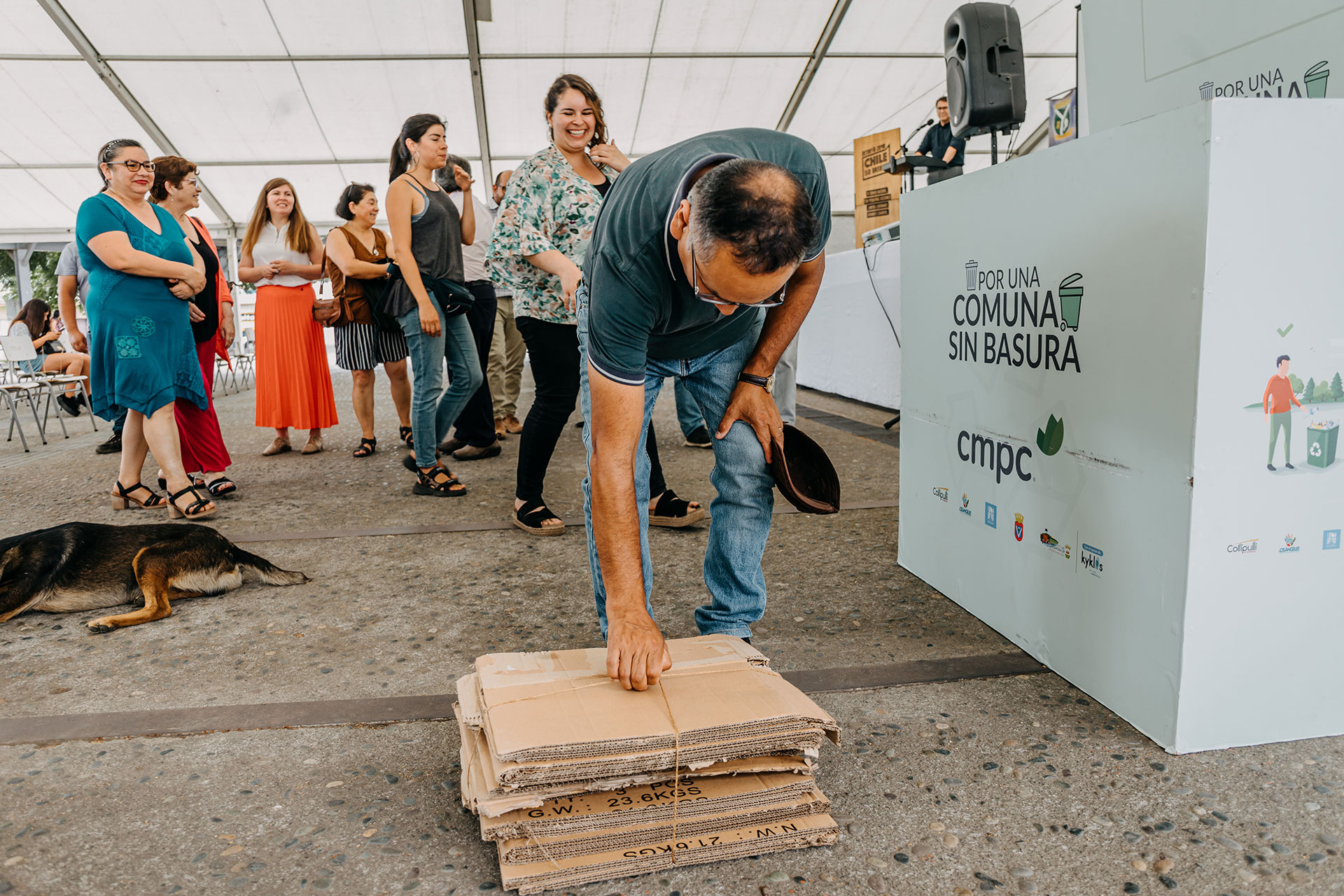 City Mayor Rabindranath Acuña, representatives of San Rosendo civil society organizations and CMPC representatives all attended the launch. “To me it is very important that a private company is promoting this type of program with an expert advisory panel because the municipalities have so many pending tasks that oftentimes priority is not given to these issues. This is the is a regional recycling plan,” added the mayor.

San Rosendo has just joined this challenge in which Los Angeles, Nacimiento, Mulchén, Laja, Collipulli, Negrete and Yerbas Buenas already participate, and the Loncoche district will soon be added.

CMPC Head of Corporate Affairs in Laja said Horacio Pérez, “We’ve been a part of this program since the end of 2019, which is ongoing in the municipal districts where CMPC has industrial and forestry operations. All of these districts joining in this fight means less garbage is getting dumped in landfills.”

Trash-free Neighborhoods is a project that came about in order to generate awareness and a culture of recycling through the collaboration of municipalities and training local managers. Thanks to the home recycling efforts of the 1,844 homes that signed up across the municipal districts, and the trash removal from plants, businesses, schools, and more, 71 tons of cans, glass, PET plastics, paper and cardboard were collected for reuse over the last three years.