The CMPC-UC Outdoor Festival was a celebration with more than 1,200 competitors at its debut event

The competition brought together hundreds of people in the San Carlos de Apoquindo hills in an event that was 100% sustainable. Beforehand, CMPC committed to planting one native tree in different sectors of the south-central zone of the country for each registered participant.

Organized by the Catholic University Athletics Club and CMPC, the CMPC-UC Outdoor Festival brought together trail running and mountain biking lovers in the Metropolitan Region and its outskirts. The first edition of the event was held last Saturday, with hundreds of families and competitors in attendance.

Situated in the foothills of San Carlos de Apoquindo, one of the event organizer’s commitments was to make it a 100% sustainable festival. This is why the event was zero-waste, since all the garbage that was generated was recycled. Likewise, prior to the event CMPC agreed to plant the same number of native trees equal to the number of people attending the festival. In total there will be 1,200 trees of different species including Ruil, Quillay, Hualo and Roble that will be planted in the south central zone of Chile, namely in Empedrado, Constitución, Temuco and Los Angeles.

CMPC CEO Francisco Ruiz-Tagle arrived with his family to participate in the San Carlos de Apoquindo sporting event. “I am very happy to have been part of this festival. This place is impressive. You feel very much in touch with nature since we are surrounded by hills, and the races were held on circuits winding through them. Other novelties found at the festival include the stand where we got to hear the harmony of the tree. This project uses a technology that demonstrates how wood speaks. Another novel aspect is the promise to plant one native tree for each attendee who participated in the event. We hope to hold this festival again with more and more people joining in the future,” he said.

President of the Athletics Club of the Catholic University Francisco Urrejola said, “This is a fantastic initiative because it has several purposes. First, to show the community that the hill, our hill, has an extraordinary potential for sports, having fun and using it as an instrument of physical strengthening. Second, we are part of a sustainability plan with CMPC in which we can show the world that a massive sports activity can be held while properly managing our waste and trash. And the third purpose is to breathe more life into our city of Santiago through sports.”

This was the first edition of the CMPC-UC Outdoor Festival, which had 3, 5, 10, 21 and 42 kilometer trails for running. MTB offered circuits of 2 kilometers for the family, 27 km for intermediate and 36 kilometers for advanced. The participants in these events enjoyed biodegradable marking along the routes. This is the first sporting event to use this kind of marker.

Also, once the race was over, the competitors and their companions got to enjoy a family day with live music, cuising, a beverage bar, and several other stands. There was a hydration station for the participants, who also received physical care after competing. 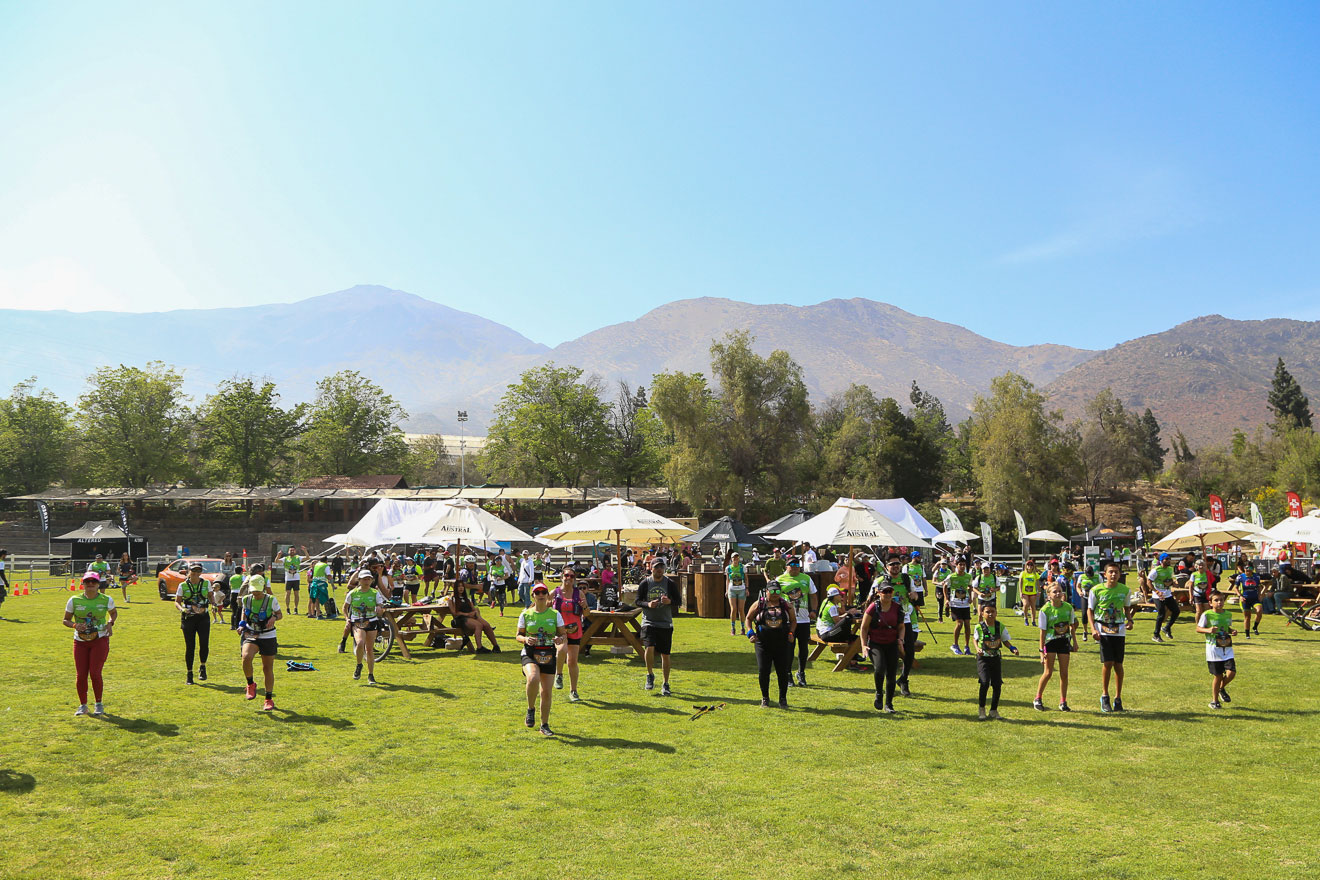 The event was attended by a delegation from the south of the country composed of 24 people, 10 of them competing in MTB and 14 in trail running. Sendero Los Volcanes de Curacautín, Club de Mountainbike Angol and Zorcat from Angol and Aventura from Temuco, are the names of the clubs the competitors belong to.

Another festival novelty was the “Harmony of the tree” attraction, a CMPC project that collects the sounds of the forest through state-of-the-art technology. Thus, attendees could listen to the different melodies that arise from the veins of serveral tree trunks thanks to the use of photosensors.