Many of the book’s testimonies agree that the CMPC Foundation programs empower families as their children’s first teachers.

Connection, trust, playing together, growing closer, getting to know each other, emotions, learning and feeling accompanied are some of the aspects that parents and caregivers highlight most after participating in one of the three programs that the CMPC Foundation has made available in seven regions of the country. They are different municipal districts and diverse family groups, but they’ve achieved a common goal: becoming their children’s first teachers.

How did they do it? After participating in the HIPPY, Criando y Creciendo (C&C; Raising Children) or Acompañamiento a Escuelas (AE; School Support) programs, they shared their testimonies, collected in the book “Te Miro, Te Hablo y Aprendemos Juntos” (I See You, I Talk with You and We Learn Together) that the CMPC Foundation launched in the city of Temuco in the Araucanía Region. 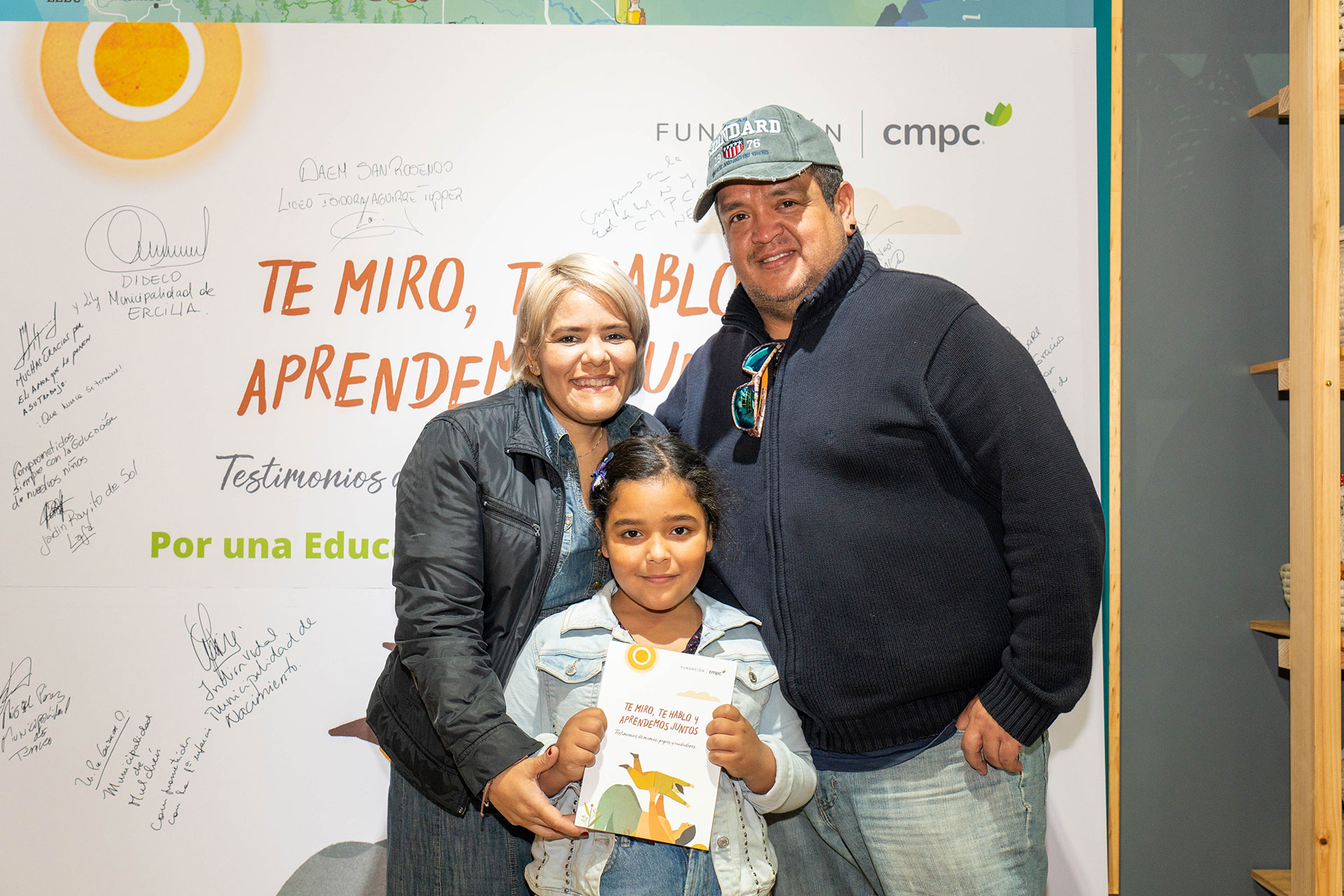 “We are convinced that it is essential that parents and/or caregivers empower themselves to be the first educators of their own children. What’s better than witnessing in first person all their experiences, frustrations, achievements, and above all, their learning progress,” said CMPC Foundation Executive Director Carolina Andueza.

The literature shows that warm relationships between children and their caregivers influence their long-term holistic and cognitive development. That is why in most of the 28 testimonies in the book, families emphasize that learning more about themselves and their children is key to future learning, especially when going through a period as complicated as the pandemic.

Natalia Álvarez, a mother in the C&C program in the district of Laja, said in the book, “Every session was a new learning experience in which I got to know myself better and learn more about my son and how to help him. Because oftentimes, regardless of being a mother, you don’t have the tools or the knowledge needed to be able to support your child. Before the workshops I felt like I was a very bad mom.”

Understanding that the caregiver’s role in children’s learning is fundamental, the CMPC Foundation has worked with them by providing various strategies that are also reflected in the testimonies of the book. One example is the HIPPY mother, Lorena Hernández, from the district of Hualqui. She said, “Before I kind of felt like okay he doesn’t know anything, and he doesn’t want to learn. I’m already failing at teaching him anything. If I’m not a teacher, how am I going to teach him? I found out with HIPPY that you have to be patient. They aren’t at your level yet because you already know things that they’re just getting started on.”

While Haydée Tapia, from the Acompañamiento a Escuelas program said, “As a parent she taught me a lot at one time that I could also teach my son. They (the educational videos) were super good, and also explained the steps and everything to follow, so I feel really comfortable now teaching him in the future.”

Another issue that is also a key component of the testimonies given by the families is how to look at games as a way for children to interact with the world and learn. 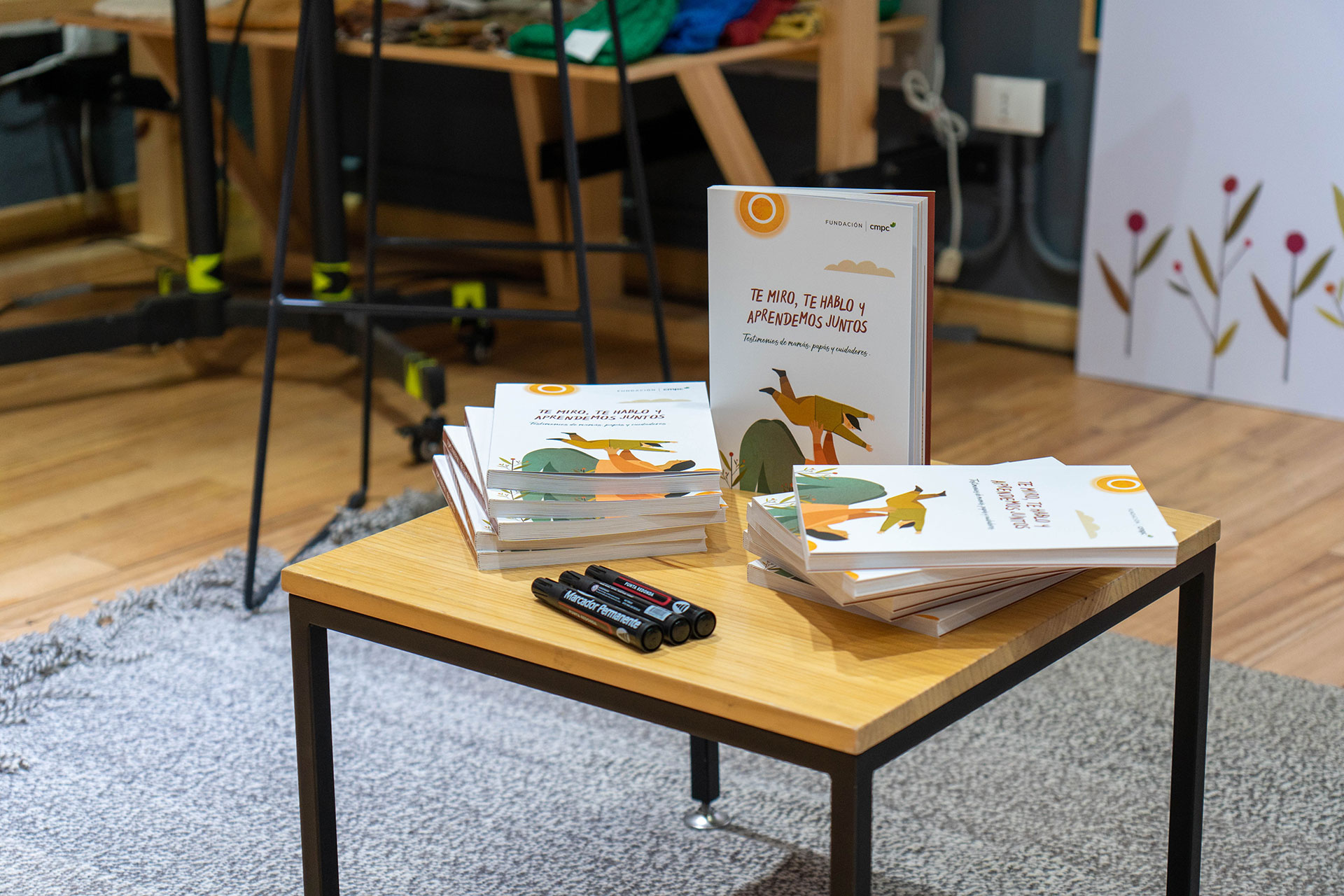 “With HIPPY they were looking for a nice way to teach them that would fit each family. For my daughter there is a big difference between studying versus learning by playing. For her it was not about counting just numbers from one to three, but counting trees, for example, from one to three,” said HIPPY mom Susana Escobar in the book.

The researcher and author of the book, Cecilia Valdés explained that, “These stories narrate life changes in the first person, experienced by the families that participate in the Foundation’s programs. They are told alongside studies and literature showing the importance of these topics to eliminate any developmental gaps in the early years.”

The oldest program that the CMPC Foundation offers is Acompañamiento a Escuelas, which has been supporting and advising schools in various regions of the country since 2000. The Foundation has its own comprehensive training and advisory model to promote education in the classroom, at school, with families and in neighborhoods.

Criando y Creciendo arose in 2016, and it’s a program of seven workshops for caregivers and educational centers with the aim of promoting children’s language acquisition and socio-emotional development. The workshops foment quality interactions and the development of motherhood skills.

Lastly, the HIPPY program, the Home Instruction for Parents of Preschool Youngsters, is a home visit program that began in Israel 50 years ago and is currently found in 15 countries. This program seeks to empower parents and/or caregivers to be the first educators and mentors of their children, promoting the linguistic, cognitive and socio-emotional development of kids aged two and four years old.