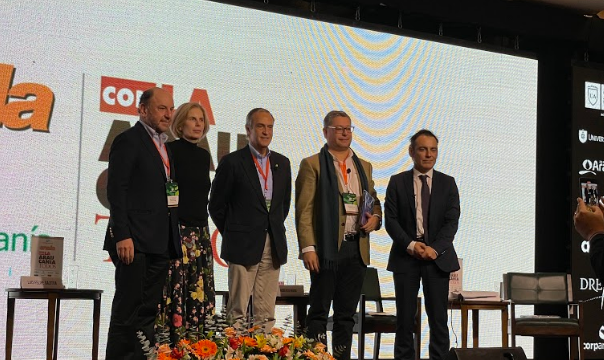 President of Empresas CMPC, Luis Felipe Gazitúa: “No one is left over here in La Araucanía”

Focusing on the dialogue that should prevail in the region, security, sustainable development and the new Constitution, the topics addressed by the 14 speakers invited to the Business Meeting of La Araucanía, Enela 2022, held in Temuco, were approached.

“Our vision of the region as local actors is positive and optimistic, that is why we are here and we consider our presence in the region essential, where we will continue to generate employment, development and local entrepreneurship,” said Luis Felipe Gazitúa, president of Empresas CMPC, who participated in the second panel of Enela, which had as its central focus the theme “Permanent Dialogue”.

In a 15-minute speech, President Gazitúa addressed several points to defend the role of the forestry industry in the region and the country. Likewise, he also stressed that he was not responsible for the destruction of the native forest, providing information that dates back to the 19th century and that reveals the deforestation of the country in that period. Recalling also that the Development policies had an origin at the beginning of the 20th century, when in 1931 President Ibáñez promulgated the so-called Forest Law.

The delivery of land was another of the issues addressed by the president, an instance in which he pointed out “we cannot repeat past experiences of delivery of land that have ended up unused or underutilized due to lack of productive conditions or advice to the communities. We believe in the historical recognition of the Mapuche people, as well as in the need to improve their economic conditions, respecting of course their holistic vision of the territory, which does not prevent the possibility of planting pine or eucalyptus trees, as many communities have pointed out to us, the most of which end up giving up due to the threats they receive from violent groups, which in recent years have come to fruition, resulting in deaths and injuries.” 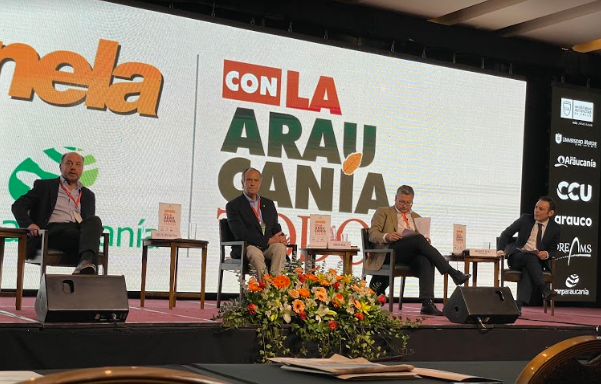 Luis Felipe Gazitúa also recalled that a couple of months ago a Deputy of the Republic indicated that “the main conflict of the Mapuche people is with the forestry companies”. This, the CMPC spokesperson maintained, “in addition to ending up encouraging –intentionally or not- the attacks against workers and forestry operations, which in our case this year have already claimed the lives of three valuable people, I must remind those who foolishly target our industry as a critical factor of the –in my opinion- misnamed “Mapuche conflict” that this is a long-standing problem, fundamentally political in nature and that has the State, represented by its successive governments, as the main protagonist”.

“We are an industry of the future with a vision of the future, we firmly believe in coexistence. In social, cultural and productive coexistence. We see and verify it daily in our relationship with more than 450 Mapuche communities. No one is left over here in Araucanía. Except for an industry that was born from a central visionary vision and that was able to grow and position itself as a world leader”. To reinforce this statement, President Gazitúa cited the work of the Future Commission of the Senate of the Republic: “the forestry industry “represents a field of opportunities and challenges, as it is a key player in achieving new global balances, helping to the reduction of emissions and mitigation of the effects of the climate crisis in different sectors”.

Authorities, former authorities, academics and representatives of the private world participated in the business event that was on pause for two years as a result of the Covid-19 pandemic, such as the regional governor of La Araucanía, Luciano Rivas; the former Minister of Social Development and Public Works, Alfredo Moreno; the president of the CPC, Juan Sutil; and the president of Empresas CMPC, Luis Felipe Gazitúa.