For the fourth consecutive year, CMPC is an official sponsor of the Nacimiento Sports, Social and Cultural Club (CDSC), a commitment that this year was ratified in a ceremony at the Santa Fe plant in the pottery district.

During its more than 100 years of history, CMPC, together with its collaborators, clients and communities, has been creating value by generating development opportunities for workers and local communities.

Danilio Virgilio, Manager of the Santa Fe Plant pointed out “today we celebrate a very important milestone for CMPC and for the entire Nacimiento district, ratifying the support for the CDSC Sports Club and also very important, because we open the doors of our plant, which is also the house of every person born in Nacimiento”.

The CDSC was founded in April 2018 with the objective of giving children and young people from the community the opportunity to compete at a professional level in Chilean soccer, therefore developing a comprehensive training process to adequately compete in high performance.

Andrés Campos, President of the CDSC commented “for us it is very important that CMPC can be our official sponsor, not only because of the economic contribution but also because of the solid support that it means for our sports project”.

In its four years of experience, the sports club seeks to position the Nacimiento district on the national soccer map, developing its project in a serious and professional manner.

Cecilia Pizarro, Vice President of the CDSC added, “I would like to thank CMPC for its support, but also for welcoming us at Planta Santa Fe. We believe it is very important that every person born in Nacimiento and players get to know this place that is so important for the development of the district”. 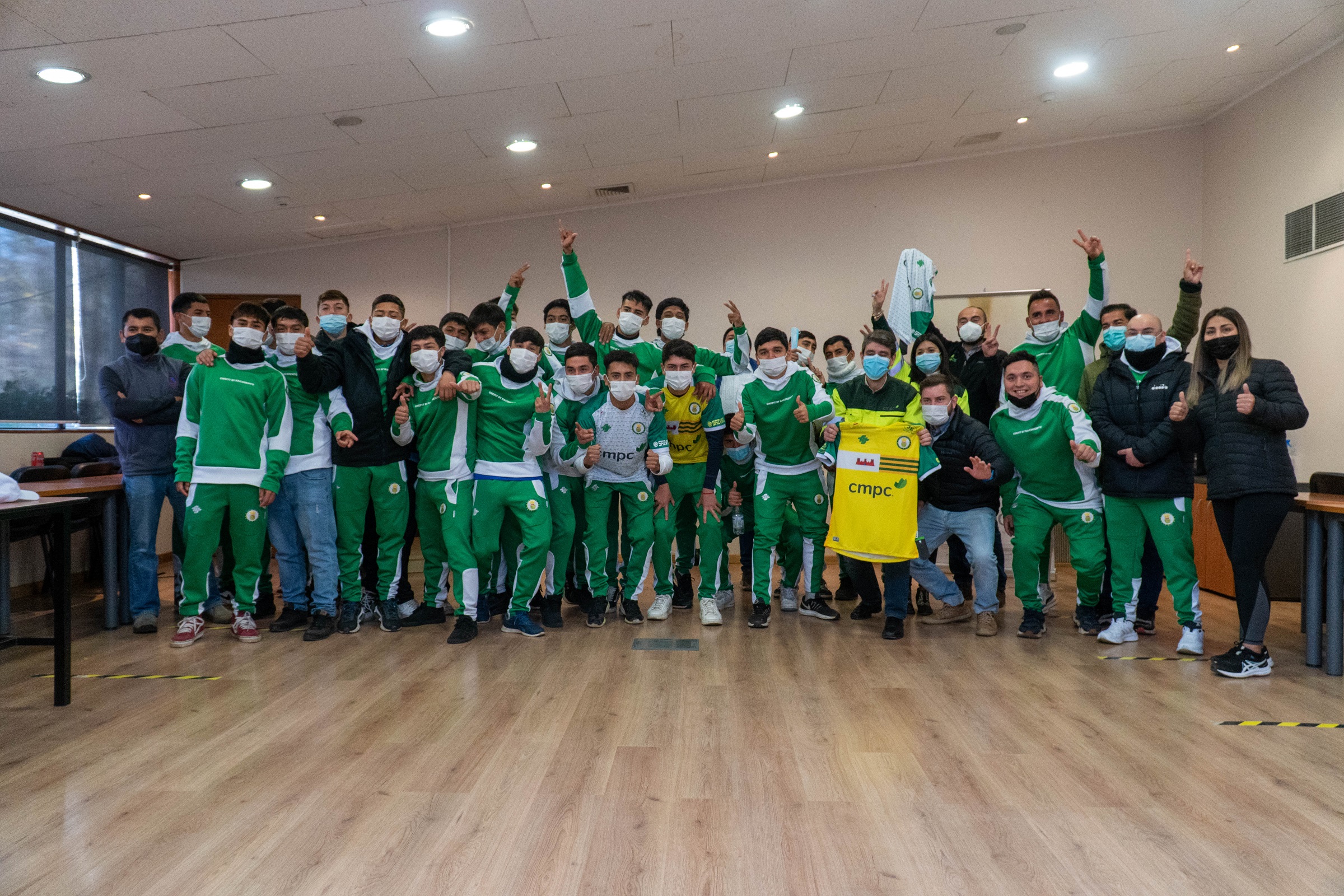 Cristóbal Montoya, Captain of the CDSC of Nacimiento stated that “this support is great for us, CMPC is one of the largest companies in the country and we are very happy because this makes us grow, it gives us a great emotional boost to continue growing in the national championship.”

Felipe Alveal, Deputy Manager of Corporate Affairs at CMPC, emphasized the benefit of supporting sports “as a company, concerned about the development and well-being of young people through healthy living, we have renewed this agreement that undoubtedly benefits hundreds of people from Nacimiento. This sports club is very valuable for CMPC and we want to continue generating new instances and actions that allow this club to continue growing year after year”.