Tourism focused on nature, culture and gastronomy with a local flavor are some of the features of this Araucanía route.

In a ceremony held at the Daysu Manor on the Navigable Carahue River Route, regional and district authorities, together with the tourism entrepreneurs in the collective, launched the 2022 – 2023 summer season by presenting the new “Rayenco” watercraft to navigate the Imperial River and check out the different tourism options offered along the route.

Claudio San Martín, President of the Navigable Carahue River Route, issued an invitation to get to know the route. “We are 20 entrepreneurs with our own unique tourism offer that all share the characteristic that this route can be traveled by land and river. For this purpose we’ve installed nine floating docks along the Imperial and Monkul rivers. This year we’ve added a new boat to the Route called the Rayenco. It can hold 12 people, and it runs on environmentally friendly gas.”

The objective set out by the Social Action Department of the Temuco Bishopric or DAS [Spanish acronym], the Municipality of Carahue and CMPC Companies when they created the initiative of the Navigable Carahue River Route was to strengthen and promote the initiatives of local entrepreneurs who are mainly dedicated to tourism.

After the ceremony, Director of the community department of the Bishopric of Temuco Dorian Cánovas emphasized the motivation behind launching this initiative. “For us, this project is a fundamental part of the progress of the families in the area. We are assisting in this process through the public-private partnership, which has borne wonderful fruit. One of the most important things is that we’ve sat down with a range of stakeholders and discussed a shared development plan. When we make use of these public spaces, the people’s ongoing development ends up limiting the spread of violence,” he said. 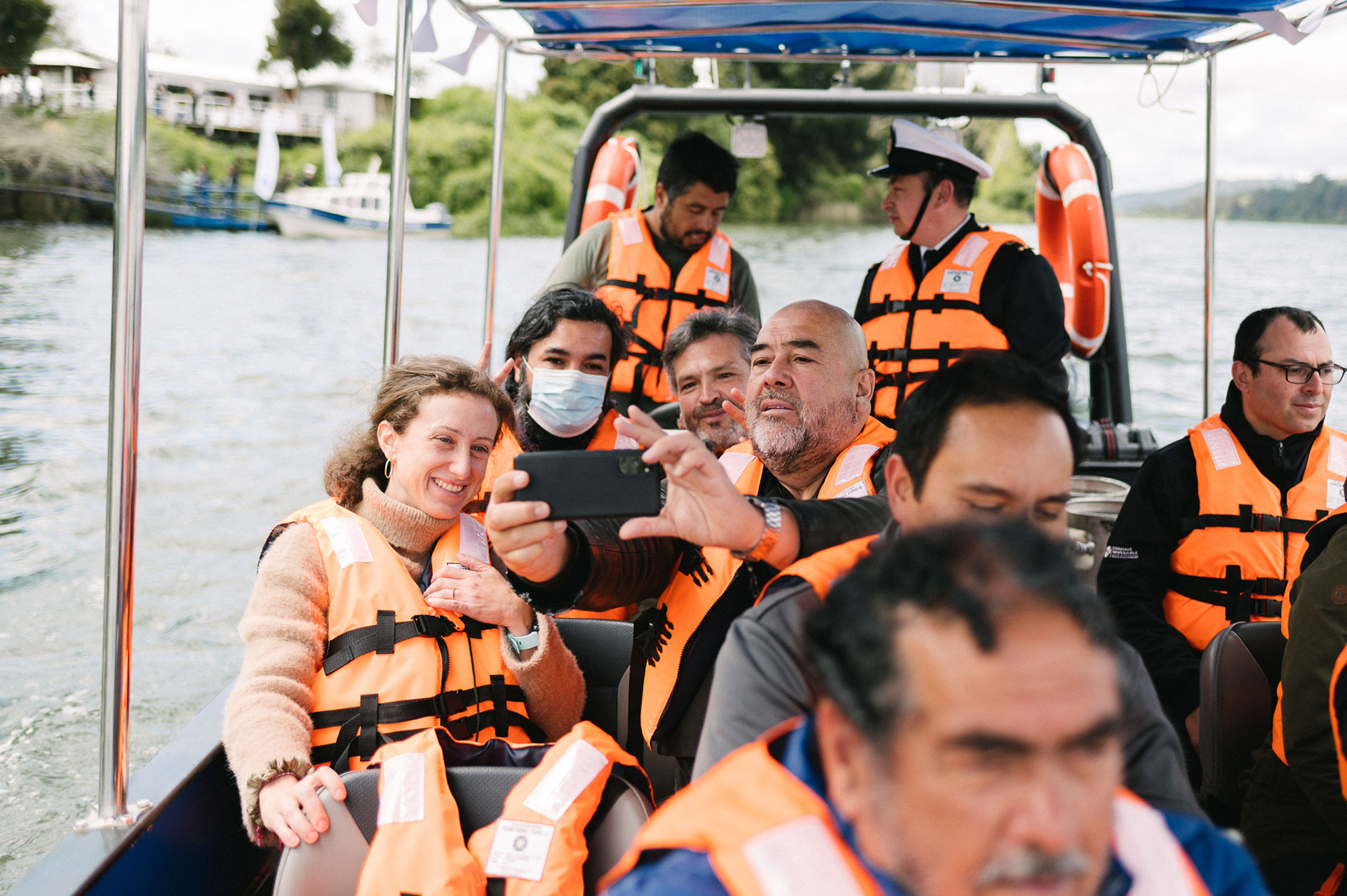 Meanwhile, CMPC Deputy Manager of Southern Relations Juan Pablo Fuentes focused on the communities’ progress. “They asked us to participate in this project, and we are happy to see the fruits of those efforts. Working together, we can achieve great things. Specifically in this case, the conviction and dedication of the entrepreneurs has also enabled us to create this Route and position it as a tourist destination in the Araucanía area. We’re another neighbor in the territory, and we want to be part of the communities’ development to ensure that the economy is boosted from the district’s very foundations.”

Carahue Mayor Alejandro Sáez underscored the growth that has been created in his district. “It is so important to start the season with this launch, as it was a dream many years in the making. Tourism has come to stay in Carahue, and it’s now even stronger. Alliances like these show that when the public and private worlds join forces, people can get ahead. The fact that we’ve launched this boat on her maiden voyage is proof of that,” he said.

The first trip of the Rayenco

The new Navigable Carahue River Route boat baptized as the Rayenco is stationed at the floating dock of the Daysu Manor. It has passed the test, having made its first trip on the Imperial River. After the summer season launch ceremony, the 12-person capacity boat took a brief sojourn along the Route with the authorities and entrepreneurs on board.

CEO of the Araucanía Development Corporation Claudina Uribe participated in the inauguration. “A new stage has kicked off with this milestone. It represents the spirit of how the Araucanía Region needs to develop going forward under public-private partnership with the participation of even the Catholic Church. These events are important to highlight, as this region is developing projects and generating opportunities for entrepreneurs.”

Seremi Economic Secretary Vicente Painel, added “Truly, this dream demonstrates an essential aspect. Development cannot happen without sustainability, meaning the industry is founded upon an environmental framework. Tourism is a universal industry, and we see the diversity of small ventures that blend together in a virtuous melting pot. That is the economic community of Navigable Carahue.”

The Navigable Carahue River Route is an initiative that offers enticing rural tourism services in the district of Carahue and the coastal zone of the Araucanía Region. This Route helps promote issues of interculturality, and the productive, social and environmental development of the area. You can learn more about this Route at the website carahuenavegable.cl.