CMPC and five municipalities succeed in reusing 30 tons of waste

The company, together with the Municipalities of Los Angeles, Nacimiento, Mulchen, Collipulli and Laja, has managed to collect and give a second life to the waste, helping to manage the garbage that would otherwise go directly to landfills and dumps.

The Chairman of Empresas CMPC, Luis Felipe Gazitúa, arrived in Los Angeles this Monday to participate in the “30 tons” milestone together with the Mayor of Los Angeles, Esteban Krause, and the mayors of Nacimiento, Carlos Toloza; Mulchen, Jorge Rivas; and Laja, Roberto Quintana.

The activity took place at CMPC’s corporate building in the Biobio Region, and was attended by authorities and representatives of the five municipalities participating in the ” Municipality without Garbage” challenge, promoted by CMPC with the support of Kyklos, which seeks to recuperate and recover waste and prevent it from reaching dumps or landfills.

The project started at the end of 2019 and consists of creating awareness and recycling culture through the collaboration of municipalities and training of grassroots recyclers. To date, and thanks to the joint work with the neighbors, 30 tons of recyclable waste, such as cans, glass, PET plastics, paper and cardboard, have been 100% reused. The latter two wastes are also processed by CMPC, through its subsidiary Sorepa, to be reused in the manufacture of other products. 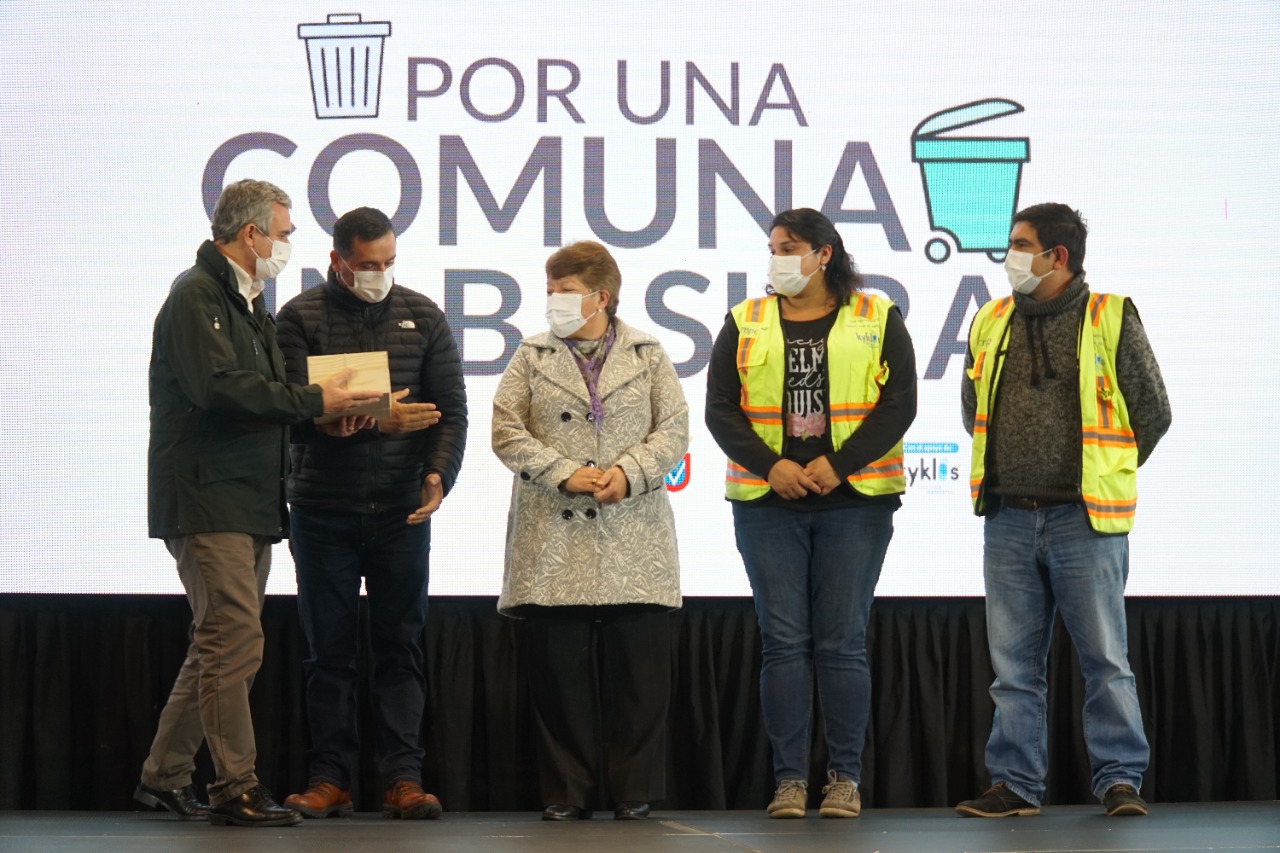 At the ceremony, Luis Felipe Gazitúa, Chairman of Empresas CMPC, pointed out, “We have promoted this valuable project because we are part of an essential industry, which is supplied by renewable natural resources and which manufactures essential products, such as tissue paper products and the entire line of paper and packaging that we use every day in our industries, offices and homes. We also do so because we believe that we have much to contribute to the solution of problems in the public sphere, getting involved in their solution. Also, we seek not only to contribute to development or create shared value in the Municipalities where we are present, but also to promote environmental care with projects like this one, which are a great example of public-private initiatives.”

Gazitúa, together with CMPC’s chief executive officer, Francisco Ruiz-Tagle, and the mayors, symbolically deposited waste in a container exclusively for cardboard, thus commemorating the 30 tons achieved so far in this project.

The mayors also awarded the neighbors for their collaboration in this challenge. This was the case of María Campos, president of the Neighborhood Council of Villa Los Jardines de Laja, who explained the importance that this project has had in her community. “It was very gratifying when we were presented with this project and we accepted it with pleasure. It has made a big change, we already see very little garbage thrown on the street, in some sectors, at least in those where we are recycling, we see less garbage thrown on the street. It is very important, because we educate our children, we educate our grandchildren that they should not throw away paper, but keep it and recycle it”, she stated.

The mayor of Los Angeles, Esteban Krause, explained, “This opportunity is very important for us. We have been working on the recycling issue, carrying out some tasks in the areas of education and inspection, but the incorporation of CMPC, and its invitation to join us in this line of work, was a new impetus that gives us a different, long-term perspective.”

Nacimiento was the Municipality that recycled the most tons of waste of the five participating in this challenge. Its mayor, Carlos Toloza, said, “It is a tremendous challenge for us to be participating in this type of campaign. We know that all the garbage that is not recycled ends up in our rivers, farms and beaches, and for this reason I would like to congratulate CMPC, Kyklos and our grassroots recyclers. My invitation is to continue recycling to keep our environment clean.”

Thanks to the success of the project, new municipalities joined the challenge: Negrete, San Rosendo and Yerbas Buenas. The process in these municipalities is currently in the data collection phase.

The mayor of Negrete, Alfredo Peña, said, “It is very good to participate in this partnership with very important municipalities in the region. We want to work jointly with Kyklos, CMPC and the different municipalities, through their experience, thinking that we can do great things and contribute to improving the environment.”