Under the framework of the annual meeting of the group that brings together authorities and entrepreneurs from around the world – that took place this year in Tokyo – Francisco Ruiz-Tagle was selected as one of the 19 executive directors of the group composed of some of the largest companies in the world. Amazon, Apple, BMW, Google, Mercedes Benz, Microsoft, Nestle, Pepsico, Santander, Shell, Toyota and Walmart are some of the participating companies.

Tokyo, October 26 – Composed of more than 200 of the world’s leading companies, the World Business Council for Sustainable Development (WBCSD), is one of the leading global networks in search of solutions to the biggest problems afflicting our planet. The WBCSD sets the business standards regarding inequality, sustainability and the environment. It now has its first Latin American board member, namely CMPC CEO Francisco Ruiz-Tagle. During the plenary session held this Wednesday, he was elected as one of the executive directors of the group, a role he will begin to fill as of January 1, 2023. This means that Latin America as well as Chile will have a more visible and relevant role in the WBCSD work agenda. 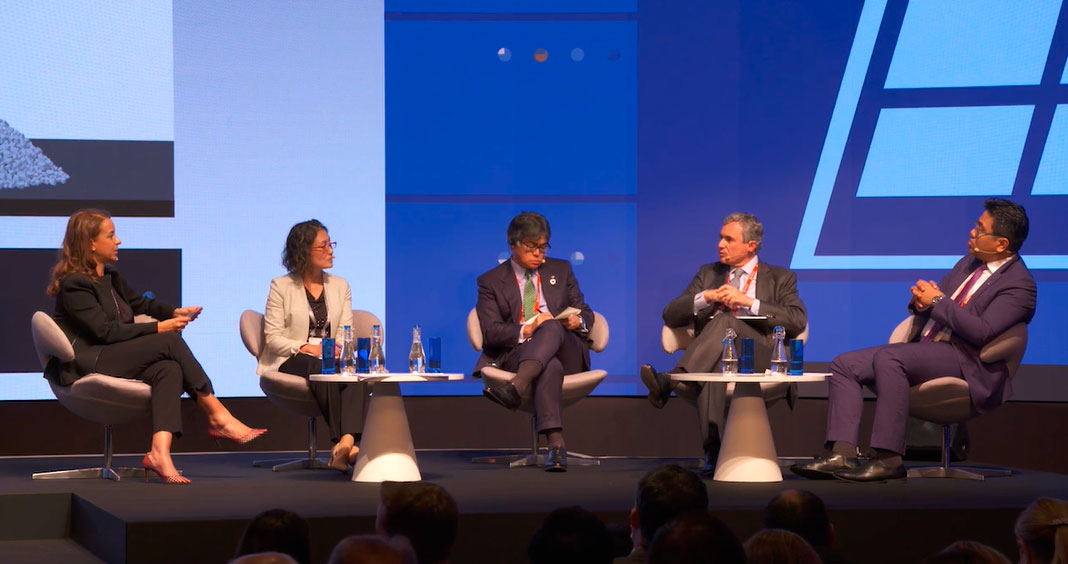 This selection was made under the framework of the annual meeting that the group held this year in Tokyo, Japan. At the meeting, Ruiz-Tagle along with other CEOs, governmental and United Nations officials participated in the opening plenary session “Action for true value: how to lead transformation and thrive”. It addressed global priorities and the corporate role in taking a lead to find solutions for the value chain and promote effective multilateralism. It explored how key enablers – such as policy, finance and innovation – can be leveraged to create an impact trajectory and let businesses thrive.

“We are proud that CMPC has become part of the board of directors of an organization as significant as the WBCSD, in which the most important companies on the planet participate. What’s more important, this is where initiatives are developed to help us deal with one of the most urgent problems facing humanity today, such as the climate crisis. We are going to contribute from Chile and Latin America with our vision and proposals, and we will do it on par with the highest standards,” said the CMPC CEO Francisco Ruiz-Tagle.

Created in 1995, the WBCSD came about as a platform for companies to respond to the challenges of sustainability that were just beginning to be understood in those years. Today the group creates coalitions and impact networks that facilitate knowledge sharing, and also enable and accelerate the adoption of standards and tools. It also promotes common policies to help members accelerate the transformation of major economic systems in line with the Sustainable Development Goals, the Paris Climate Agreement, and Vision 2050.

CMPC has been part of the Council since 2011 and in 2019 Ruiz-Tagle presented to the UN the roadmap of the Sustainable Development Goals (SDGs) of the forestry sector that was prepared by the Forest Solution Group of the WBCSD, an initiative that the paper company participated in and in which the CEO of the Company served as Co-Chair.

Some of the most important companies in all kinds of industries around the globe are part of the WBCSD, from financial to automotive, forestry, energy, large technology, mass consumption, laboratories and consultancies, among other sectors.