The program, which is underway in seven other neighborhoods in the Biobío and La Araucanía Regions, seeks to raise awareness about recycling and the environment by reusing waste to prevent it from ending up in dumps and landfills. The initiative is promoted by CMPC with the support of Kyklos in collaboration with the municipality of Yerbas Buenas.

“I’m from a generation where there wasn’t much awareness of recycling. We just showed up with trash and threw it away. With the younger generations, we are learning more now. I am glad that the municipality is making an effort in this regard. I think it is tremendously important and something that we should be grateful for,” says Mirta Vásquez, President of the Community Women’s Association of Yerbas Buenas. 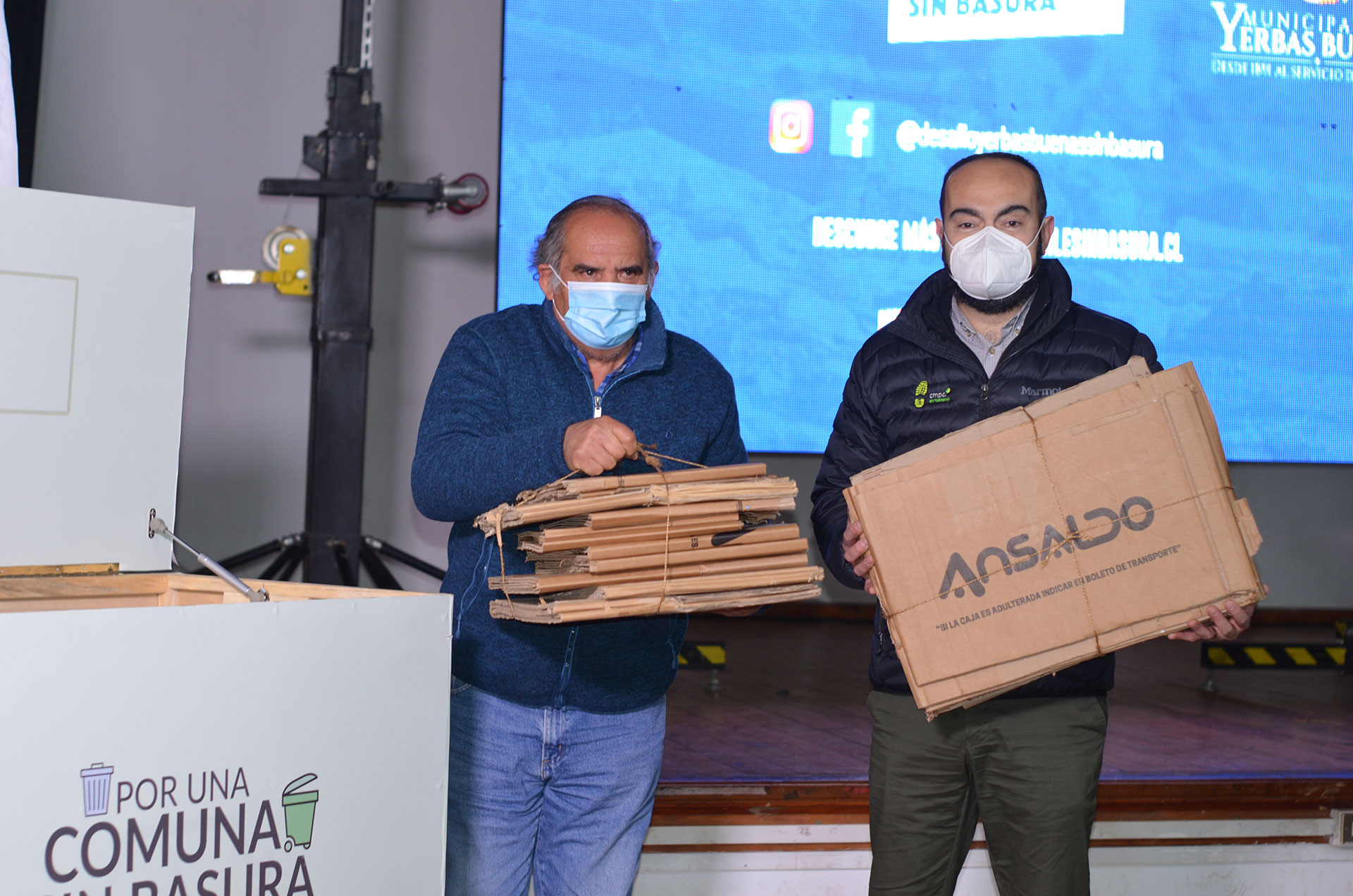 In the Creole Cultural Complex of that district, the official go-ahead was given to the Yerbas Buenas Trash-free Neighborhoods Challenge initiative, a CMPC program with the support of Kyklos in collaboration with the municipality of the district. City Mayor Luis Cadegan, representatives of CMPC and Kyklos, and the local managers who will be in charge of waste recycling all attended the activity.

“As a resident of Yerbas Buenas I was surprised that CMPC is interested in maintaining a clean community. I think it’s great. I hope they keep it up, and we’ll support them as much as we can. I hope all of our neighbors recycle because this is how we stop polluting the planet, and this is important for the generations to come,” said José Zúñiga, President of the No. 4 Neighborhood Committee Coironal of Yerbas Buenas.

The district will be the first in the Maule Region to join this challenge of which Los Angeles, Nacimiento, Mulchén, Laja and Collipulli are already part, and which will soon be joined by Negrete and San Rosendo. This year the initiative reached 50 tons of recycled waste since the program began in 2019.

Mayor of Yerbas Buenas Luis Cadegan said, “This is not a job that we have to do alone. It’s for everyone. We all have to get involved, especially the neighborhood leaders who are local authorities. They have to motivate and encourage people so that we can have a cleaner community through this challenge.”

Trash-free Neighborhoods is a project that came about in order to generate awareness and a culture of recycling through the collaboration of municipalities and training local managers. Thanks to the work done by the residents of the neighborhoods that are part of this program, they have managed to reuse waste such as cans, glass, PET plastics, papers and cardboard.

The Yerbas Buenas community, which has an estimated population of 19,200 residents, produced more than 4 and a half tons of garbage in 2021 and has a per capita waste generation of 0.6 kg per day. It currently has a solid household waste management system, which is stored in its own landfill, although it is hard for the garbage collection service to cover the entire district due to its rurality.

CMPC Deputy Manager of Corporate Affairs Felipe Alveal explained, “This project is tremendously beneficial for every community because it responds to the local need to take care of the environment and have proper waste management. The benefits of this program have to do with communicating the importance of recycling and reusing waste, in addition to working together with the municipality.”

The initiative will also seek to link educational establishments in the district with recycling, generating awareness in students as well as the Yerbas Buenas residents and having everyone participate.